The 2016 presidential election cycle featured former Secretary of State Hillary Clinton, the Democratic nominee, and businessman Donald Trump, the Republican nominee. The first debate was a 90-minute discussion broken up into six 15-minute segments that touched on a variety of topics. Moderated by Lester Holt of NBC, it took place on September 26, 2016, in Hempstead, New York,.
This content is brought to you as part of a PBS NewsHour project to make all presidential and vice presidential debates available to watch online.
Stream your PBS favorites with the PBS app: to.pbs.org/2Jb8twG
Find more from PBS NewsHour at www.pbs.org/newshour
Subscribe to our KGup channel: bit.ly/2HfsCD6
Follow us:
Facebook: www.pbs.org/newshour
Twitter: newshour
Instagram: newshour 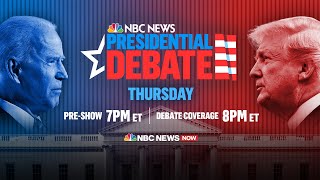 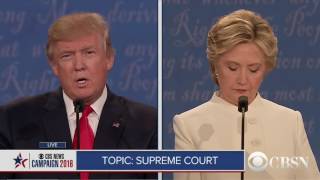 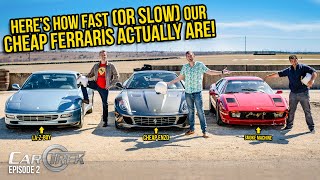 How An Infinite Hotel Ran Out Of Room

THE GRILLED CHICKEN DINNER THAT MY WIFE AND I CAN'T STOP MAKING... | SAM THE COOKING GUY