Yall can say what yall want, but these last two episodes of the Real Housewives of Atlanta has been giving me my life and when Kandi Burruss broke her own dungeon rules during her chat with DonJuan, I knew then that this Bachelorette Party drama had only just began.
It’s Justin Diego back with another bingeworthy video and today lets talk about RHOA Season 13 Episode 11 appropriately titled The Usual Suspects and how Kandi Burruss revealed a secret about what she heard the night of the party.
#RHOA #RealHousewivesOfAtlanta #KandiBurruss
Dinner Party RHOA Drama
So yall know after the last episode, Bravo left us on a cliff hanger and on Sunday night’s episode we picked up right where we left off at this Dinner Party and she shade was thick. Yes the shade started early after Latoya and Drew bumped heads about what really happened after the cameras went down. And the ladies were definitely really irritated with the whole thing.
Kandi Burruss Makes Shocking Revelation About The Bachelorette Party
Now speaking of Kandi, I was shook when she finally sat down with DonJuan after getting back home from the trip. At first she kept it real cute but I can tell she forgot the cameras were there and she eventually shared some stuff with DonJuan that we had never heard before. (Clip: Kenya not lying) Wait a minute Wayment Kandi are you sitting here telling me this whole time you could have spilled this tea 2, 3 episodes ago but yall chose to play in our face instead? I dunno whether to commend her on not throwing Porsha under the bus or to feel some type of way. But either way I’m shook with how this scene played out because DonJuan spilled even more tea that puts Bolo at the scene of the alleged shenanigans. And seeing as tho he was the one arranging Bolo’s car service he seems like a pretty credible source.
TOPICS:
Watch RHOA Season 13 Episode 11
Real Housewives of Atlanta Season 13 Episode 11
RHOA Season 13 Trailer
Tanya Sam Cheating
Porsha and Tanya Caught with BOLO
If you want to JOIN today here is the sign up link to become a member! 💜
KGup.com/Bingeworthy/Join
*************
♡ ♡ ♡
CONNECT WITH ME!!!
For business inquiries, sponsorships or PR, please email: justindiegotv@gmail.com
Bingeworthy Video LLC (Must include this)
Attn: Justin Diego
730 Peachtree Street NE, #570
Atlanta, GA 30308
INSTAGRAM:
@JustinDiego
@RealHousewivesofAtlanta
TWITTER:
TheJustinDiego 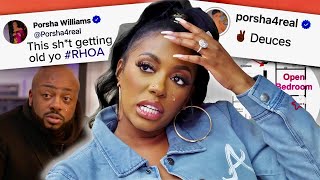 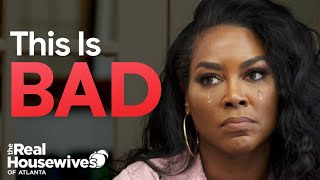 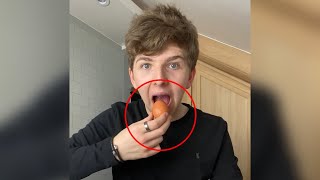 Opening this note handed to me in class over a decade ago.

Porsha Breaks Down During Heart To Heart With Dennis #RHOA

SPEAK ON IT WITH KENYA MOORE

Opening this note handed to me in class over a decade ago.

SURPRISING BRENT WITH HIS EX-GIRLFRIEND