For Honor’s limited-time event, Battle of the Eclipse, is underway and runs until February 18. It introduces a new 4v4 mode, Eclipse. Enemy teams will battle for control of the forge, whichever team controls the forge will claim the scythe, the only weapon capable of doing damage to the enemy team’s commander. Control the forge, claim the scythe, and eliminate the enemy team’s commander to win the match. But remember, if the enemy team controls the forge and scythe, your commander is vulnerable.
In addition to the new mode, Battle of the Eclipse adds 28 new weapons to loot from now until February 18th. A free Event Pass enables players to also earn 35 tiers of gear and loot including a new Battle Outfit, Emblem Outline, Ornament, character Symbol and a Mood Effect. Players can also purchase a new Illustrious Outfit - Ecliptic Duality - from the in-game store, as well as a new Execution and two Signatures.
The Ubisoft News team keeps you up to date on the latest news and announcements from Ubisoft at news.ubisoft.com. Join Chris Watters and Youssef Maguid live every Wednesday and Friday at 10:00AM PT as they play the latest Ubisoft games, dive into the Ubisoft+ catalog, and showcase special in-game events. 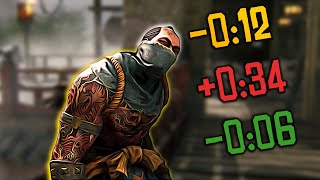 Speedrunning the For Honor Campaign. 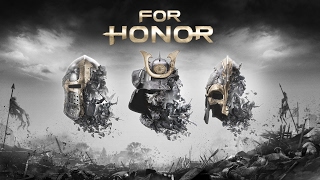 Ocho Breaks Down: Real Men Cry Too | I AM ATHLETE with Brandon Marshall, Chad Johnson & More

Wu Lin For Dummies [For Honor]

Zhanhu Has the Best Fashion in For Honor

For Honor All Cutscenes Movie

Ocho Breaks Down: Real Men Cry Too | I AM ATHLETE with Brandon Marshall, Chad Johnson & More