Do PLANES have ANTI-SKID??? How to PREVENT SKIDDING? Explained by CAPTAIN JOE

GET YOUR CJ KEYRING HERE: bit.ly/2JAvCcE
SUPPORT via PATREON: bit.ly/38ym51t
How do planes brake(Autobrake System): kgup.info/get/lmiHgZ_YppytdqE/video
Airplane Tire Profile: kgup.info/get/g5-rdaGnk6R3Z2Y/video
INSTAGRAM FLYWITHCAPTAINJOE: goo.gl/TToDlg
MY WEBSITE: goo.gl/KGTSWK
------► MERCHANDISE CJ SHOP goo.gl/Svrqmx ◄ -------
NEW FACEBOOK PAGE: goo.gl/heUKGb
---------------------------------
▼▼My FLIGHT-KIT I highly recommend for you guys▼▼
MY HEADSET: amzn.to/2CrTrzz
MY SUNGLASSES: amzn.to/2VY6FNo
MY PILOT BAG: amzn.to/2DiWKux
Company iPad: amzn.to/2W1zM2n
▼▼The VIDEO EQUIPMENT I use in my studio and outdoors▼▼
MY CAMERA: amzn.to/2T1VK3g
LIGHTING: amzn.to/2szSRv4
IN-FLIGHT RECORDINGS: amzn.to/2VY7A0g
----------------------------------
Dear friends and followers, welcome back to my channel!
To be able to fly, an airplane has to accelerate to high speeds, in order to generate the necessary lift via its wings. This puts huge amounts of kinetic energy in the whole system. Now while being airborne, speed reduction is achieved solely by aerodynamic drag. Once the tires make contact with the runway, other devices such as thrust reversers and brakes mounted on the wheels, help decelerating the aircraft. To put the huge amounts of energy in
perspective, imagine my 747-8 Freighter with an almost maxed out landing weight of 340t moving at around 155 knots or approximately 290 kph at the moment of touchdown. That’s over 1.1 billion Joule of energy within this moving system! Hard to imagine? That’s the amount of kinetic energy an average car has if it would be travelling at around 4300 kph. Well, good luck handling that one! But back to topic, this energy has then to be converted to
achieve a speed reduction. The brakes are doing that in form of thermal energy simply known as heat. Modern brakes are packages containing multiple disc brakes made out of carbon fiber. They are mounted at the bottom of the main landing gear suspension. Every wheel has its own set of brakes. Some aircrafts have additional nose wheel braking. To
activate the breaks, the pilot pushes the rudder pedals with his toes resulting in this tilt movement. The pilot’s input is then transmitted to hydraulic pumps, powering the brakes. The harder you push, the harder you’ll brake. The pedals themselves can tilt independently, allowing the so-called differential braking, which enables better
steering and maneuvering. The whole process of braking after the touchdown can also be done fully automatic with no initial brake input by the pilot, but more about that in a future video. Let´s have a closer look on the wheel behavior while braking. The brake discs are separated by so called stator plates. While braking the whole assembly is hydraulically compressed, causing friction between the discs and the stators, resulting in a reduction of the wheels rotational speed. In theory, to minimize the braking distance, brake pressure is constantly increased while in return, the wheel speed decreases. In reality it doesn’t quite work like that. Wheel braking in general works in a way that incorporates slip in our
movement. 10% slip for example means that while the airplane covers 10 meters, the wheels only roll off a distance of 9 meters. This result is braking action. When the brake pressure reaches its maximum the slip reaches 100%, causing the wheels to lock. The locked wheels don’t slip anymore, they start skidding. Because the tire isn’t spinning, braking is
purely achieved by sliding friction between the runway surface and the rubber tire. This condition can lead to serious tire blow-outs which can then on the other hand lead to structural damage by hurled tire debris, sparks resulting in a possible fire or even a loss of control. To prevent this from happening, engineers came up with a system called the anti- skid system. It basically works just like your car´s ABS, the Antilock Braking System ...
Thank you very much for your time! I hope you enjoy this video!
Wishing you all the best!
Your "Captain" Joe
Big thank you to all other youtubers who provided me with the video material to create this video. Your content is highly appreciated. Please follow their channels:
@GermanCarFan
@Cargospotter
@TheAvGeeks
@Boeing
@The 727 Legacy Project
@ERAU SpecialVFR
@allegroracing

Intro Song:
Lounge - Ehrling: kgup.info/get/kmx9noPbl6-EaXs/video
Outro Song:
Joakim Karud & Dyalla - Wish you were here kgup.info/get/ho-mqXfIrGSDZqk/video
ALL COPYRIGHTS TO THIS VIDEO ARE OWNED BY FLYWITHCAPTAINJOE.COM ANY COPYING OR ILLEGALLY DOWNLOADING AND PUBLISHING ON OTHER PLATFORMS WILL FOLLOW LEGAL CONSEQUENCES 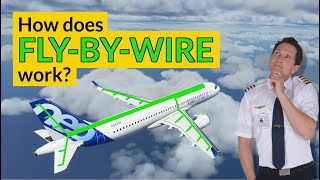 How does FLY-BY-WIRE work? The future of flight controls! Explained by CAPTAIN JOE 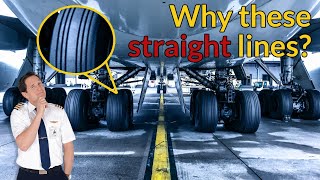 WHY do AIRPLANE TIRES have a STRAIGHT LINE PROFILE??? Explained by CAPTAIN JOE 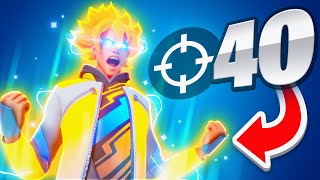 How do PLANES SLOW DOWN on the RUNWAY? Autobrakes System EXPLAINED BY CAPTAIN JOE

The Decline of IBM

Can planes REVERSE out of the GATE? POWERBACK procedure explained by CAPTAIN JOE

What happened to Turkish Airlines flight 1951?!

Why is the LANDING GEAR TILTED? Explained by CAPTAIN JOE